But not the good type of shark week, like one would see on Discovery, but bad movies featuring megalodons.  Prehistoric Sharks.

Yes, that is a picture of a shark taking a bite out of the Golden Gate Bridge, and it can tell you pretty much what the movie is like.

For the most part the acting is terrible and the story has a few holes in it.

The real problem with the movie was the ridiculous editing techniques.  Everything on the entire screen would randomly go white, without really even cutting away.  I'm not sure what was going on there.

Overall, it could have been worse, and there is a scene where Mega Shark eats an airplane out of the air, so at least there is that. 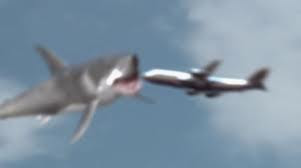 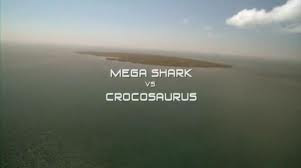 It was worse in every way.  Even though it starred Jaleel "Urkel" White and Robert Picardo (the Doctor on Star Trek Voyager), it was literally unwatchable.

Could it have had to do with the fact that it was the third straight movie about megalodons that we watched?

I don't know.  We were pretty pumped for more megalogons, I feel like the movie was just flat terrible.

The plot made little to no sense, or at least didn't in the first fifteen or so minutes, because at that point we all pretty much stopped paying attention and Mega Shark vs. Crocosaurus became just background noise.

There wasn't even a fun shark attacking a plane scene to add anything to the terribleness.

The middle movie we watched was actually pretty good. 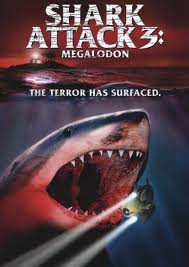 I know, the poster looks terrible, but it was actually very entertaining, and not just in a bad movie type way either.  If this movie had some money put into it, it probably would have been fantastic.

The special effects weren't great, and there is a pretty terrible line (but it gets the girl, so you can't knock it too much), but the story is actually pretty good.

There is some terrible acting, (like really, really terrible) but there is also some great acting.

Two of the main characters are Ryan Cutrona, who was grandpa Gene on Mad Men 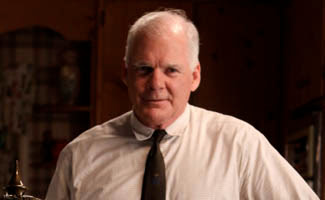 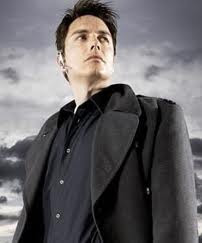 From Doctor Who and Torchwood.

There is also a fantastic shot down a waterslide, far better than any shot that you would expect out of a movie called Shark Attack 3.

Until Next Time, beware of prehistoric sharks.
Posted by Josh Man at 10:46 PM