Archive Files #3, Why I Love the Interwebs 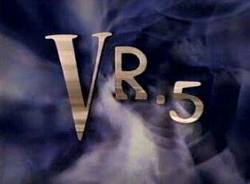 For today's instalment, I thought I'd repost one of my favorite posts, a memory of life before the internet and the trouble that such a time could cause me.

A lot has changed from the time in which the story of this post is set (1995).

Both of my sisters have kids now, and one of them is in the hospital about to give birth to her second.

And of course, now it is very easy to keep up with a show if you miss it.

Also, I now own every episode of The X-Files on DVD.

However, I still have never gotten to see how VR-5 ended. 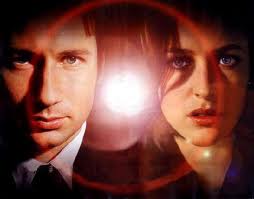 Let's travel back to a time known as the distant past.  A time when you could only get your television one way, on television.

There was no such thing as DVR,

If you missed a show, you were screwed, plain and simple.

It was a Friday night.  I was in high school, about to finish my Junior year.  I was having to stay home that night to babysit my two little sisters (I don't remember where my parents went), but I wasn't too upset about the Friday night being spent at home, because it was season finale night on FOX.  It was the season finale of the second season of the show that made me realize the power of television, X-Files, and it was the series finale of the first show I ever fell in love with that no one else watched, VR-5. (There have been many since as I learned that I was one who would always love and have to mourn the "cult" shows, others to follow would be My So Called , Firefly, Invasion, really there's too many to mention and it's making me teary eyed.  Back to the post)

My sisters understood that they were only allowed to talk to me during commercial breaks.  It was going to be legendary.

Unfortunately, right before the two hours of season (and sadly, series) ending bliss was about to begin, the storm hit.

It was huge.  There were quite a few tornadoes, I theorize that Michael Crichton was visiting Fort Worth (maybe heading to Trinity Park for May Fest) and got the idea for Twister from this very night.

The power went out right before my shows were going to start.

My sisters got scared, I was mainly angry.  (You wouldn't like me when I'm angry... sorry couldn't resist, I'm getting excited for the new Incredible Hulk movie despite myself.  They can't screw it up that badly again, can they?  Can they?)  Okay, I'm not going to lie, I was a little scared too, but I'd been through tornadoes before, I figured we'd make it through this one as well.

I got us into the hallway, closed off all of the doors to the bedrooms with those scary (at times like this) windows and pulled a big of the bed to lay on for comfort and under if it got necessary.  I had flashlights and probably told some stories.  (I often told stories to my sisters, they were my first readers I guess).

Needless to say, we survived, but I never did get to see how VR-5 ended.

Not only that, but I didn't know what was going on in X-Files till the summer was almost over and they finally replayed the episode.  (Do you remember when reruns actually were worth something?  You missed an episode?  Don't worry, they'll rerun it.  But they never reran VR-5, because they cancelled it.)

I bring this up because last night there was a large storm (my sisters each have husbands to keep them from getting scared now) and although my power stayed on most of the time (I lost it for a short period) my satellite didn't have as easy a time.  And when my satellite was working, the tv shows were preempting the shows I wanted to watch with news on where various tornadoes had been spotted.  (If Crichton was in town last night, perhaps we can expect a sequel).

However, this time, there were many ways to keep this from being a problem.

This morning I went to NBC.com and watched My Name Is Earl, 30 Rock, and The Office (still have Scrubs to go) and went to ABC.com and watched the season finale of Eli Stone (which was awesome, I now have it in a virtual tie with Life for third on Josh's Choice for Best New Show of the Season Award).

Until Next Time, speaking of The X-Files, Netflix and I are working together to allow me to rewatch the entire series in preparation for the upcoming feature release.  I get 4 discs at a time (I know, I'm addicted to dvds), and I was scheduled to receive the first four discs of season 1 yesterday.  Well, I received three of them.  Guess which one I didn't get.  That's right, disc 1.  You're killing me Netflix, you're killing me.