Doctor Who, Day of the Moon, first thoughts


Okay, I did not see that coming. 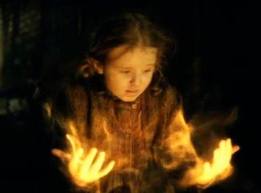 Obviously, as a Time Lord, we are meant to assume that this is the Doctor's child.

And the episode itself showed us that the little girl is supposedly Amy's.

So, we are meant to extrapolate those two things into believing the the child is the child of Amy and the Doctor.

Especially with the great Amy and Rory stuff in the episode.

I'm a huge fan of Rory Williams, a huge fan of him ever since he dedicated himself to protecting Amy in the Pandorica for 2000 years.

"I was there." - The Doctor speaking about the Roman Empire.

And the fact that he has access to those memories, and that Amy is aware of that dedication as well, makes it impossible for me to believe that Amy and the Doctor are going to procreate.

Especially considering the moment we witnessed between River and the Doctor.

How heartbreaking was that?

"First time for everything!" - The Doctor

It's strange, because in a way it is also exciting.  For us, it is a beginning.  River and the Doctor's relationship has moved on to a new level.  For her to kiss him like that means that their relationship is that type of relationship for her, meaning that it is about to be that for the Doctor.

Which gives another reason to think that there is no chance that the little girl Time Lord is the daughter of the Doctor and Amy.  Not only are Amy and Rory rock solid, but the Doctor and River appear headed that way also.

Anyway, a few of the other things in the episode that were interesting, 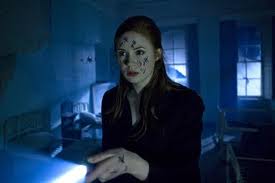 I loved the ways they remembered their encounters with the Silence.

And the way they solved the problem of the Silence was awesome.  Love when the show uses huge historical moments in such clever ways.

So, it appears that the Silence aren't really the mystery of the series, the child Time Lord is.

Also, how great was the Doctor being imprisoned in Area 51? 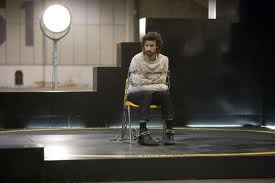 Not really sure what episode might help in understanding, but I can tell you what episode it made me think of...

The Doctor's Daughter, from Season 4.

Until Next Time, Can't wait for next week.  The Doctor, Pirates, and mermaids.  Cool.
Posted by Josh Man at 9:09 PM