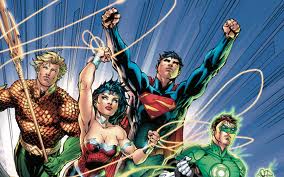 So DC went and rebooted their universe.  You've probably heard about it (been hearing about it) as it has been pretty widely discussed.

We here at Fat-Train, along with our friends Justin Tiemeyer of Cavemen Go and Optimistic Chad of Political Jesus, are going to walk you through the first month of the new DCU.  There will be spoilers, there will be snark, and there might even be a few surprises.

Justin's article can be read here

Chad's article can be read here


First off, let me briefly talk about Flashpoint, the series that set up the reboot.

When I first heard about the decision to erase decades of continuity and reboot the DC Universe, I, like I suspect many of you, was upset.

Then I began reading Flashpoint, and the story was fun and intriguing, and I found myself buying in almost despite myself.

After finishing Flashpoint, I was more at ease with the decision, especially upon learning that many of the intricate story-lines set up and played out over the last couple of years in Batman and the Green Lantern books would remain relevant in the new continuum.

However, the way that Flashpoint ended kind of (okay, okay, really) disappointed me.

For one thing, it felt extremely rushed. 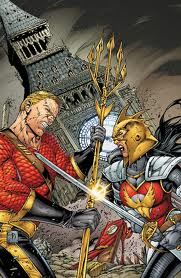 And while I can appreciate that Flash's decision to save his mother could butterfly effect through those closest to him (namely the Justice League) and change things dramatically, I still don't buy that Aquaman and Wonder Woman would get so wrapped up in their own enmity that they would destroy the world in the process.  Oh, boo-hoo, the political marriage between Wonder Woman and Aqua-Man didn't work out and Wonder Woman killed Aqua-Man's wife in (she claims) self defense (although he doesn't buy it).  Still doesn't seem like enough to destroy the world they both have sacrificed so much to protect.

Still, Flashpoint (despite its weaknesses) made me somewhat warm to the idea of the reboot, and yesterday I read Justice League #1.

Overall, I'm intrigued and looking forward to the future of at least this book.

Set five years in the past, JL1 looks to set up the Justice League from the beginning.  In the first book we get a hint at a future threat that will likely end up requiring the team up (Darkseid), we got a new world order that could certainly provide some interesting stories (Superheroes are not yet thought of as heroes, but treated by the Air Force as a shoot first, ask questions later type threat), and we get to see the first interactions of three of the big names in DC, Batman, Green Lantern, and Superman (although to be fair, Supes's part in the process is brief).

We start with Batman in action, while also trying to avoid an angry Air Force, against some shape-shifting alien being.  The fact that an alien being is in Gotham brings in the guardian of this sector, Green Lantern (aka Hal Jordan).  Neither of them know too much about the other.

Green Lantern gets to show of some of his imagination and ability while Batman is the Batman, leading Hal to try and workout exactly what Batman's super powers are.


After destroying the alien threat they decide to go question the other alien they know about, that dangerous alien being in Metropolis.

Hal Jordan decides that as the alien expert on the planet he should deal with the alien super being alone, but Superman doesn't have too much trouble taking care of Jordan (who goes in a little too sure of himself and completely unaware of what he is about to be facing off against, I'll be interested to see how Chad feels about the amount of cockiness that Green Lantern is showing here early on).

That sets up our cliffhanger, and if you're rebooting, let's be honest, you have to get to this sooner rather than later... 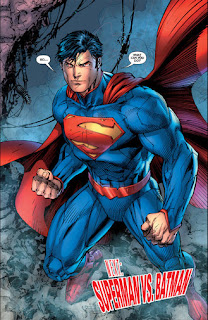 Overall, it was a great start to introducing the team, and I certainly want to keep reading.

But I do have a few qualms.

The photo that leads off my blog entry is one of the most common photos I've seen regarding the new Justice League, and the lack of diversity it provides is a little disturbing.  When rebooting, take advantage of the opportunity to add some diversity to your heroes.

The full version of the cover is a little better, since it includes Cyborg (Victor Stone) in the lower right hand corner. 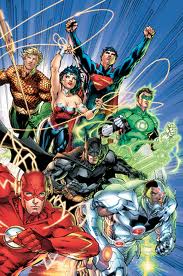 The variant cover, on the other hand, 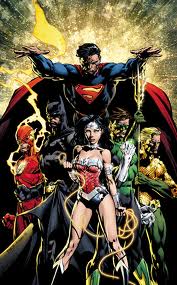 is almost embarrassingly lacking in diversity.  And why does Wonder Woman have to look so seductive while all the men get to look all angry and brooding?

It is really disappointing.

While Batman Incorporated isn't going to be a book in the new 52, Batwing is.  Batwing is an African Batman for Africa.  Surely some will point to this when the diversity issue is raised.

That's all fine and good, but the continent of Africa is quite large, and the population is incredibly numerous.  Despite those facts, there is only one Batman for the entire continent of Africa while the city of Gotham has Batman, Batgirl, Robin, the Birds of Prey, and probably some help from Nightwing as well?  Seems some more diversity could really have occurred here.

And there has got to be some other non-white superheroes that can be in the original Justice League beyond just Cyborg.

I really feel an important opportunity was missed here.

As much as I abhor the Ultimate Universe in Marvel, I am pretty impressed that their new Spider-Man is half Mexican and half black.

I'm not saying DC should have replaced Super-Man with a black man, but they could have at least let him have a few multi-cultural teammates.

Ultimately, I'm in on the reboots, but I may swear off DC forever if they end up rebooting the reboot and go back to the status quo as if nothing ever happened.

If you're going to do something like this... STICK WITH IT.  Then I'll be more likely to stick by you.

Until Next Time, I look forward to seeing what you think, join Justin, Chad, and I for the discussion, and we'll do it again next week when more of the new 52 arrive in stores.
Posted by Josh Man at 11:11 AM