The Huge and Awful Mistake in Avengers: Endgame that Kind of Ruined the Movie for Me

Life and all, you know.

And we want to be careful about these things...

After all, we have been rather pointedly asked by the Russo brothers not to spoil the film... 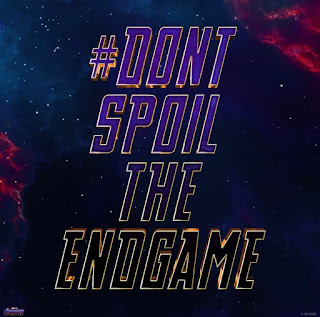 SERIOUSLY!!!!  IF YOU HAVEN'T SEEN ENGAME YET AND YOU DON'T WANT TO BE SPOILED, MOVE ALONG!

This post will still be here after you've seen the movie.

So, go away, see the film, then come back and bask in my nerd rage.

Okay.  Hopefully only people who have seen the film or the strange people who don't mind being spoiled (I'm told they exist) are still with us at this point.

To begin, I'm kind of amazed I didn't write a massive nerd rage post about Man of Steel when it came out.  The anger I'm feeling tonight after Endgame reminds me of how I felt after I saw Man of Steel.  I hate when a character I love is completely and utterly against type in their movies.  As Superman was by killing Zod in Man of Steel (hopefully that didn't also need spoiler warnings, its been 6 years), and as Captain America, Steve Rogers is at the end of this film.

Allright, lets get to it (again... there be SPOILERS AHEAD!)


So, the film makes a bold move by deciding to keep the last five years as a reality - hard for all of those who were snapped, they are back, which is great, but five years younger than everyone who didn't get snapped? That's kind of messed up - and its half of the population dealing with that.
Why was this decision made? Because Tony felt that it would be impossible for him to give up the life he'd built in those five years. Presumably there are many other people who feel the same way. They had moved on, built something important for themselves in that five years. It was worth holding on to.
Tony, of course, being the only one left who could solve the time machine issue was in a unique position where he got to make that sort of decision, but it shows the importance of making that decision for yourself. Is it worth having part of your life erased or changed?
What Steve does at the end of the movie is that writ large. He changes Peggy's life. And he does it without her consent. There is no way Peggy back in 1945 can know what her life will be like with Steve gone. Of course that Peggy would be overjoyed to have him return.
But Steve knows that Peggy built an amazing life after he was gone. She tells him. Her niece Sharon tells him. He sees pictures of her freaking children that she had with another man.

And then he takes all of that away from her without her leave.
What really upsets me is that the movie acknowledges Agent Carter the series by having Jarvis from that show in the movie as Jarvis. The first and only time, by the way, that a Marvel tv series character has appeared in the movies. Plenty of the movie characters have appeared in the shows, but a character from the shows, and only from the shows, had never made an appearance in the movies until this moment when Jarvis makes his appearance with Howard Stark.
Then the movie erases every moment of Agent Carter from existence. Because none of that show happens if Steve is back. The events of that television series only exist with Steve believed dead. Peggy only becomes all the amazing and incredibly things that Peggy becomes by dealing with Steve being gone and recognizing and acting on the fact that she is every bit the hero Steve is/was.
She meets the love of her life after she gets over Steve. She has a family, including children.
She literally tells Steve that she is proud of and regrets none of her life during the scene from the picture above.  She tells him her only regret is that she wishes he could have had a life too, which as the Avengers movies go on, he is in the process of building.  But that doesn't excuse him for taking her life away from her.  Especially if she is unable to decide if that's what she wants or not.  And only old Peggy could make that decision.  And it seems pretty clear from the scene above, she wouldn't change a damn thing about her life.  Because it, like she herself, was freaking incredible
But none of that matters to Steve apparently, because he takes it all away from her without her able to make an informed decision about it. She is unable to give her consent.
That's an act that Steve Rogers would never commit. It is an incredibly selfish move.  An un-Captian America like move.  It represents a complete misunderstanding and betrayal of who the character is.
And I can't believe they had this movie end on that note.

Honestly, I'm kind of surprised not to see more people upset about this, because I immediately was angered by it.  And as I set through the end credits, I got more and more angry at this betrayal of Peggy, and this completely selfish and evil act by Steve.  I did however find someone who was worried this very thing might take place.  So, at least I know I'm not alone in my rage.

What do you think?  Agree/disagree/think I'm kind of right, but you're so happy for Steve and Peggy to end up together you don't care?  Let me know in the comments.