Doctor Who, The Girl Who Waited, first thoughts

Honestly, my first thought while watching this episode was...


Someone watched Portal and then made a Doctor Who episode.


The comparisons are undeniable.

Amy attempting to escape the robot's (who are quite polite despite trying to kill her) leaves the pristine upper area for a dungy lower area filled with wires and such. 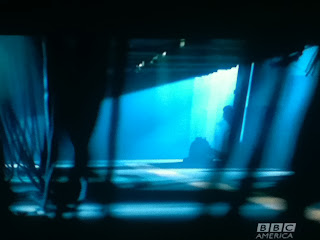 In Portal, attempting to escape G.L.A.D.O.S and Aperture Science, you escape the pristine testing ground into the dungy underground filled with wires and such. 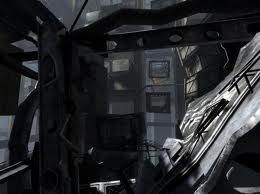 Speaking of G.L.A.D.O.S., Amy had the interface to speak to.

Oh, and speaking of helpful and polite robots that are nonetheless trying to kill you 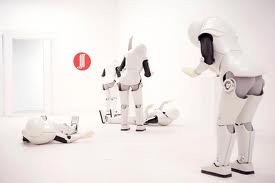 It seems like there was something very similar in Portal.

Despite the fact that this episode was most certainly inspired by a fantastic video game (and sequel, which if you haven't played, you really, really must), it was also, in its own right a brilliant episode of Doctor Who.

Again, like last week, it was pretty much a stand-alone episode.  While the greater mysteries and impending death of the Doctor still hang over us, this episode did a fantastic job really examining the relationship of our TARDIS dwellers to each other pulled some heart strings at the same time.

The ending and the difficult decision that Rory had to make quite literally broke my heart.

We got to see what Rory and Amy were made of this week, and learned a little more about the tought decisions and the hard life that the Doctor actually leads.

The show ending with older Amy wiped from existence and closing on our Amy waking up to ask simply, "Where is she?" was both powerful and disturbing and I applaud the show for the decision to end the episode in that way.  I was floored.

Honestly, this was one of the most original episodes I can remember (even though it was clearly inspired by a video game), so I don't really have an episode for you to go back and watch in connection to this one.

However, I think we do have another episode that might be good to show the uninitiated in order to introduce them to the characters and the tone of the show.  In that way, it reminded me of Blink.  An episode that focuses on other characters, with the Doctor as ancillary, but you learn a lot about him and what it means to be a part of his universe.

Until Next Time, this season just keeps impressing me and I can't wait to see what is in store for us next!
Posted by Josh Man at 1:41 AM