I don't know if you've noticed, but lately, most of the good television is on cable, not the networks.

Each year I do my Josh's Choice for the Best New Show of the Season Award, and this year is proving to be extremely difficult, as there is only one network show that I feel extremely confident in recommending.

On Cable, meanwhile, in the last few years we have been introduced to numerous well-written and amazingly produced television shows, including The Walking Dead this season, 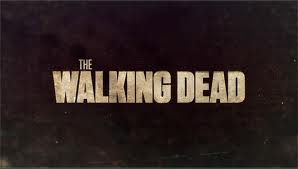 Starting in just a couple of weeks is HBO's newest drama, based on what is without question the best written Fantasy series of all time, George R. R. Martin's Song of Ice and Fire, and more specifically on the first book in the series, A Game of Thrones.

The pictures and previews have been fantastic, and fans of the books (myself most definitely included) have been, understandably, very, very excited.

Yesterday, HBO released the first 15 minutes of the first episode.  Check it out.

Game of Thrones Exclusive Preview
Until Next Time, you have to admit that it looks amazing, and, for this portion of the story at least, it is very true to the book.  This will definitely be a show that I am watching.
Posted by Josh Man at 6:30 PM