In my post from a couple of days ago, I looked at what DC should focus on for their next live action television show, having been inspired in part by the troubling news from the new Wonder Woman show and in part by a fantastic post on his blog from my friend Chad.

Never one to ignore the larger world, I don't want to talk about what DC comic book character would make a great television hero (or heroine) without also looking at Marvel.

There was a rumor in October/November that ABC would have a new Incredible Hulk series next season, and I would totally be okay with that.

With the Disney purchase of Marvel, and Disney also owning ABC, there is definitely a possibility of more Marvel characters getting a shot at a television series.  Which could be a good thing.

So, other than Incredible Hulk, what would be the Marvel series that I really want to see?

Honestly, my dream would be a show that I call Marvel Universe.

There are a ridiculous number of Marvel characters, and in the comics (and what they are attempting to do in the current movies) they are very interconnected.  I would love a show that could tell stories from just one superhero one week, a different superhero the next week, and a story combining many superheroes and ongoing stories the week after that.

I would love a season that spent time on everyone's origins, leading up to the storyline portrayed in Civil War.

Simply put, this would be an epic and awesome television show. 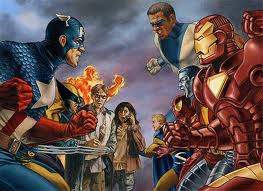 And clearly impossible for a live action television show, even when you have the money that Disney does. 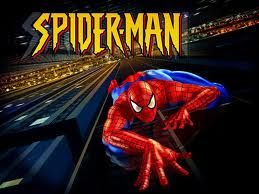 My all time favorite comic book character is probably Spider-Man.  I have always identified with Peter Parker better than any other super-hero.

There was a short-lived Spider-man television show at the end of the seventies.  It just ran for two seasons and 14 episodes, but I saw the episodes and began to have a love for the character that would continue to grow.

There have been quite a few excellent animated Spiderman shows, including the recent Spectacular Spider-Man which sadly got canceled.

Effects are probably at a point where a live-action Spiderman show could be possible and, let's face it, amazing (no pun intended, referring to the primary comic title The Amazing Spider-Man).

But, saying Spiderman is really too easy.

So let's delve a little deeper into the Marvel character list to find the perfect Marvel television show. 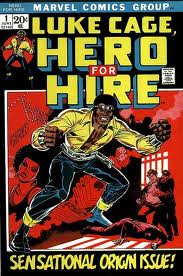 My choice would be Luke Cage in the show Heroes for Hire.

Luke Cage (born Carl Lucas) was imprisoned for a crime that he didn't commit.  While in prison, he agreed to be part of an experiment (based on the same serum that gave Captain America his powers) that was supposed to lessen his ability to get sick, but gave him near impervious skin and superhuman strength instead.

He broke out of prison and sets himself up as a sort of mercenary superhero.

Originally, the character was created to cash in on the blaxploitation trend of the 70s, but I believe that Cage is capable of being much more than that.

It is a strong character that sets up for a great weekly series.

Cage sets himself up as a hero for hire, a mercenary superhero, looking to cash in on his new found super abilities, and yet in the process becomes a hero in truth.

Tell me that isn't a show that is set up for some good character development and excellent drama!

Although I didn't talk about casting in the DC post, I can't help but put forth a name for Luke Cage.

Personally, I would want to see Idris Elba (Stringer Bell in the HBO program The Wire) take on the mantle of the Hero for Hire. 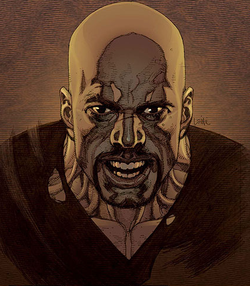 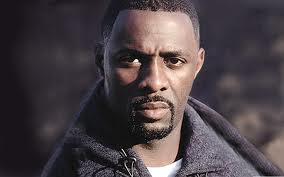 Tell me that wouldn't work!

Until Next Time, what Marvel or DC shows would you love to see on the air?
Posted by Josh Man at 12:53 PM