Before Its Time: Defying Gravity

I mentioned in my last Archive Files a lot of shows that I loved that ended way too soon.

This is a definite problem, especially for the fan of the genre television show.

I talked about VR-5 in that post, as well as mentioning My So Called Life, Firefly, and Invasion, but there are tons of others throughout the years that have ended before their time.

In honor of those shows, I present a new segment on my blog called Before Its Time where I will look at particular shows that ended way too soon.

This week, I choose a show that not many people have ever heard of called Defying Gravity. 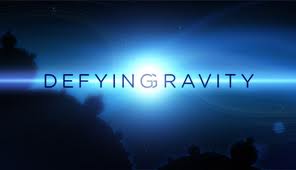 It aired quietly in the summer of 2009 on ABC here in the states.

The show was about an international crew attempting to visit multiple planets in the solar system on a six year mission.

The show itself was internationally produced as well, having production involvement from the US, the UK, and Canada.

Despite the fact that the costs of the show were split among multiple production companies, the show was cancelled without even airing all of the episodes that had been shot.

While it wasn't heavily promoted, I discovered the show through iTunes.  They had the first 4 episodes free to download.  Since it was summer, and not much else was on tv, I downloaded the free episodes and quickly became obsessed.

ABC (in the little promoting that it did for the show) advertised it as Grey's Anatomy in space, which thankfully I didn't hear until after I had fallen in love with the show, which not only probably turned everyone off of wanting to watch the show, but also was completely incorrect.

Sure, there are some soapy elements to Defying Gravity, but the much more apt description of this show would have been LOST in space (although that causes its own problems since there was once a television show called Lost in Space, but hopefully you catch my meaning with the comparison.)

Like LOST, Defying Gravity was very much built on the use of the flashback.  The story was set in the year 2052, but often would go back to 2047 when the crew was training for the mission, and also would go back to the disastrous mission to Mars that two of the crew had previously been involved with back in 2042.

Also like LOST, there was a heavy mystery element in the show, as there is an ulterior motive to the mission that only some of the higher-ups (and nearly none of the crew) are aware of, causing some mysterious, and perhaps extraterrestrial, events to take place. 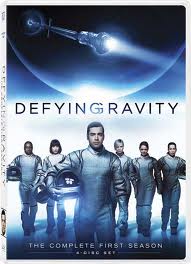 Sadly, the story is no where near complete, but the creator James Parriott did tell in interviews how the story would have progressed and how it ultimately would have ended had it been allowed to continue.

I am very sad that he wasn't able to relate that vision to us over many seasons, as this was a fantastic show that died way Before Its Time.

Until Next Time, check this show out on DVD, BluRay, or iTunes.  It is worth it.
Posted by Josh Man at 11:41 PM

Email ThisBlogThis!Share to TwitterShare to FacebookShare to Pinterest
Labels: Before Its Time, Defying Gravity, thoughts, tv