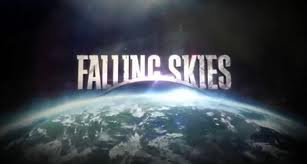 Recent films have taken this supposition, aliens have invaded/are invading and humanities hopes for survival are few and far between.

Skyline and Battle: Los Angeles both quickly come to mind.

But Falling Skies, the new summer series executive produced by Steven Spielberg and airing on TNT, remembers something that neither of those movies did:

It's about character and story, stupid.

Neither Skyline nor Battle: Los Angeles focused on character and story, they were both all about the spectacle.

It is certainly early, but it appears that Falling Skies won't be making the same mistake.

While Skyline and Battle: LA began before their respective invasions and then showed us the resulting entanglements, Falling Skies starts months after the battle is lost.

Humanity is in dire straits.

Adults are being killed by the aliens, known as skitters and mechs, but for some reason, children are being fitted with a "harness" and kept alive, although in a hypnotized state. 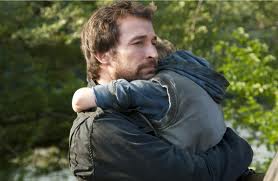 Our hero, played by ER's Noah Wyle, is a former history professor with three sons, two of whom are with him, but his middle son is missing, presumed taken by the aliens.

By beginning where it did, character and story take center stage, but the spectacle is good as well. 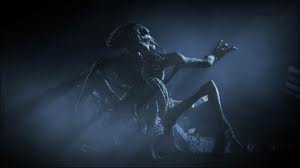 At the end of the first episode there is a particular potent look at one of the skitters.  Despite being on television, I think that Falling Skies actually has better effects than either of the two films previously mentioned.

Cable shows of late have been fantastic, much better than the recent slate of network shows, and Falling Skies seems to continue that trend.

Until Next Time, If you are a fan of sci-fi, this is a show worth checking out.
Posted by Josh Man at 12:54 AM