My Thoughts on HBO's Game of Thrones 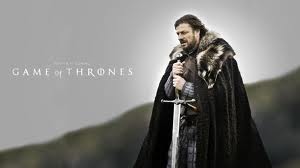 Halfway through the first season, any anxiety or worry I had about one of my favorite series of books being adapted for the screen have completely evaporated.

I admit that it is a little difficult for me to judge the television series separate from the books since I am so closely connected to the books.

It is a difficult tightrope to walk for HBO, keeping the fans of the book happy while still making a show accessible for and entertaining to the people who have never read, or possibly even heard of, the books.  Yet, I believe that the home of some of televisions all time best shows (The Wire, The Sopranos, Six Feet Under) has done just that.

So, how are they accomplishing this difficult feat?

One part is certainly the fantastic actors they have gotten for the series. 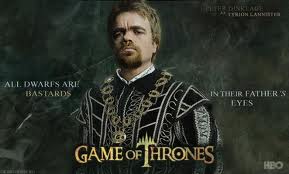 While I was originally a little upset with how pretty Peter Dinklage looks (Tyrion is anything but pretty in the books, he's not only short, he's also described as grotesque), his unbelievable performance each and every week in every single second that he is on screen has made that issue completely unimportant in my opinion.

He imbues every scene with so much emotion and reality that I long for his scenes as I'm watching the episodes, much as I long for his chapters when I'm reading the books.

As amazing as Dinklage has been (and he seriously is stealing scenes left and right) it would be a crime to not mention that everyone in the cast is nearly as incredible.

Lena Headey, last seen as Sarah Conner in Terminator on FOX, plays Cersei, the Queen I love to hate, although she seems to be slightly softer in the series than she is in the books, at least according to a scene with the King (played masterfully by Mark Addy making up for his role as Fred Flintstone in Viva Rock Vegas) in last weeks episode.

Her twin brother Jamie is played by Nikolaj Coster-Waldau, and is doing an amazing job so far with one of the most well drawn characters in all of literature.  While you might find yourself hating him now, you could come to empathize with him.  Just so you know. 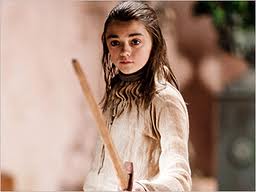 The children play an incredibly important role in the books, and they have gotten some incredibly actors to portray them here.  So far only Arya has really gotten to shine, but the way that Maisie Williams has played her has blown me away.  I look forward to the stories that are going to be told through her eyes.

Bran and Sansa haven't gotten as much to do as of yet, but that will shortly change, and the little that they have done so far gives me hopes for the performances that Isaac Hempstead-Wright and Sophie Turner are going to be giving soon.

Recent episodes have brought Petyr "Littlefinger" Baelish to the forefront, and it is awesome to have Aidan Gillen bringing a power hungry city official to life again so soon after his time as Tommy Carcetti on The Wire ended.

One of the strengths of the series is that there are so many incredible characters, and the show has not ignored that.  I've talked about a number of the fantastic characters and actors who portray them and I haven't even mention Sean Bean (aka Boromir in Lord of the Rings) as Stark patriarch and Hand of the King yet!  And there are many other amazing characters and actors/actresses that deserve mention as well, but I don't want to be writing all day!

Speaking of writing, the writing is top notch as well, many of the best lines of the books are intact in the series, but the flow and pace works even with all of the action that has had to be cut in order to work as an hour long weekly television series.

The sets look absolutely stunning.  The Wall is incredible; King's Landing is breathtaking; and the Dothraki Sea is luscious.

If you aren't watching this show for some reason, remedy that as soon as possible.

If you haven't read the books, you should probably get on that as well.