Sorry, Blink.  Sorry Steven Moffat.  I have a new favorite episode of Doctor Who.

Considering that many of us believe that River could be married to the Doctor, when the title was released, we thought that some more information about the Doctor and River's relationship might be revealed (and I would argue that perhaps it was, but more on that later), or perhaps it might mean that there would be revelation about the Doctor's Time Lord wife, assuming he had one at one point that led to his having a grand daughter, Susan Foreman, who traveled with him when the show began back in 1963.

However, the title seems to be referring to the TARDIS itself, and after travelling together for 700 or so years, the title probably works at least in common law purposes. 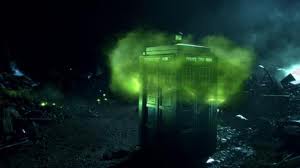 House, the junkyard planet outside the universe (voiced brilliantly by Michael Sheen, who played Tony Blair in The Queen and David Frost in Frost/Nixon, and David Frost was, of course, just referenced a couple of episodes ago) lures the Doctor to the planet in order to eat the TARDIS.  First, however, House must remove the matrix from the TARDIS and he places it instead in Idris.

This allows the Doctor and the TARDIS to finally have a face-to-face. 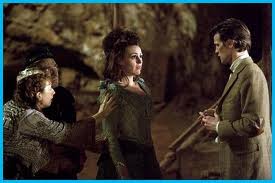 There were many beautiful moments throughout the episode as the Doctor, called My Thief by the TARDIS, and the TARDIS, as always, called Sexy by the Doctor, got to finally have the conversations which for 700 years had been too one sided.

But the best bit was confirmation of something that I had expected for quite some time.  While the Doctor doesn't always go exactly where (or when) he intends to, the TARDIS always makes sure the Doctor ends up where (and when) he is needed.

(Interestingly enough, another bit of confirmation that we got in this episode was that Time Lords can regenerate into the opposite sex.  Is a female Doctor in the future?)

I also loved that we saw a little more of the TARDIS interior this week, even if it was just a never-ending repetitive corridor.  But the running down those corridors was very reminiscent of Classic Who. 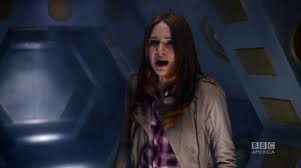 And we also got a return of the TARDIS console from the David Tennant era, so that was nice. 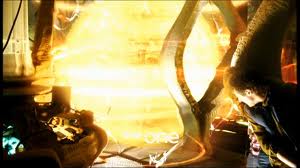 And a TARDIS re-materializing inside that console room.  A TARDIS, incidentally, designed by a young viewer in a contest on the British children's show Blue Peter. 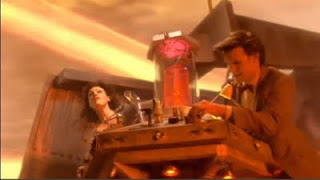 I like to think of it as a TARDIS convertible.

The TARDIS herself was a little out of the regular flow of time, and therefore kept referencing things that hadn't quite occurred yet, such as the smell of rain hitting the dust.

Something she kept repeating as she died might be quite important, "The only water in the forest is the river."

If you did your homework from a few weeks ago, you'll already have re-watched the two part intro of River Song, Silence in the Library and Forest of the Dead, so you'll know that River's consciousness is housed, and kept alive, in the Library computer, and you'll know that the Library is referenced as a forest.  Therefore, the line "the only water in a forest is the river" signifies to me that perhaps River's future isn't as bleak as it appears to be from our standpoint.

Impossible Astronaut and Day of the Moon really highlighted the anguish that River was feeling, since every new experience in her and the Doctor's relationship from the Doctor's perspective is actually the last from her perspective.  And she knows that one day she will see the Doctor and he will have no idea who she is, and she has said that that might just kill her.  We, of course, know that in a way it does.  But maybe it doesn't have to.

Considering that River is in prison for killing a good man and an upcoming episode is entitled A Good Man Goes to War, which is also the mid-series finale, I have a feeling that very soon a lot more about the River/Doctor relationship will be clear to us.

I can't wait to see what happens next.

For an episode of the past to rewatch, I recommend School Reunion, which will give you a chance to remember Sarah Jane Smith but also features a great moment between Sarah Jane and Rose where they talk about the Doctor's relationship with the TARDIS, and, if you can get your hands on it (it has been released on DVD), The War Games, the last story of the second doctor.  It is the story where the name Time Lord is revealed and it is the only other story to include the distress cubes shown in this episode.

Until Next Time, seriously, I believe that was my favorite episode of Doctor Who ever.  Thank you, Neil Gaiman.
Posted by Josh Man at 9:06 PM