As always Spoilers if you aren't caught up...

Nice to see everyone survived the end of the world, let's get to this week's episode of Doctor Who. 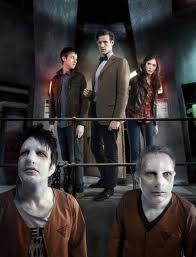 If I had to sum up the theme of this week's episode, it would be...

Sometimes, the humans are the monsters.

The Doctor had the Gangers (short for Dopplegangers, the name that the humans employed for their created/cloned counterparts that did all the dirty work at this factory) ready to work with the humans, but the leader of the humans retaliated by killing one of the Gangers, resulting in their deciding (as do the humans) that it is an "us or them" scenario.

What is interesting about this idea is the fact that essentially, the humans and the gangers are identical.  They share the same personalities, thoughts, and memories.  And yet the inclination for each is to destroy the other.

Sometimes, the humans are the monsters. 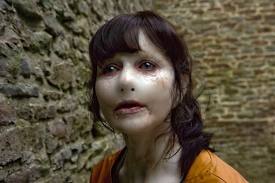 I really liked that Rory was able to have more of his own storyline this week, and prove to be more than just "the pretty one" as the TARDIS called him last week.  He empathized with the gangers, one of them in particular, and sided with them against the humans, much as the Doctor did.  When you have the same inclinations as the Doctor, you know you're doing something right.

Amy also felt a little jealousy, I think, which is probably pretty fair payback considering how jealous Amy often makes Rory feel about her relationship with the Doctor.  And I don't think that Rory was trying to make Amy jealous, he was just trying to do what was right.

As for the overall storyline, we got a couple of things this week, although nothing earth shattering.  We see that the Doctor is still confused about Amy's positive/negative/positive/negative/etc pregnancy readings.  It appeared that he was about to try and find something out about those troubling readings when the TARDIS was thrust into this future earth.  When Amy claims that it is typical TARDIS landing in the wrong spot, the Doctor doesn't seem to agree, which could be a callback to last week's episode when the TARDIS told the Doctor that she takes him where he needs to go as opposed to where he wants to go, or it could be that the Doctor was planning on finding his way here for some reason after he dropped Amy and Rory off for some fish and chips.  In which case, this place might have something to do with the overall storyline that isn't quite apparent yet.

The Doctor certainly did seem to know quite a lot about the situation.  He seems familiar with the Flesh (the substance that the gangers are made out of), and called the current Flesh incarnation "primitive technology."

Amy also saw the strange eye patch lady again, as she pops up almost as often as the crack did last season. 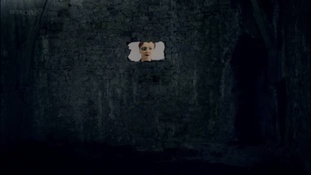 She is quite creepy. 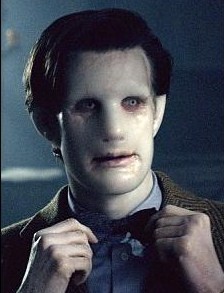 The popular theory that will last for at least a week is of course that the Doctor's Ganger will somehow be the one who is killed by the Impossible Astronaut 200 years in the future, meaning our Doctor is completely safe from the future tragedy.  For that theory to hold longer than a week or two, both Doctor's will have to survive the next episode (which will air next week in the UK, but won't air for two more weeks here in North America due to the Memorial Day holiday).

It would be an interesting fix, and is, at the moment at least, a definite possibility.

The episode itself reminded me quite a bit of Silurian episodes, the most recent are of course last seasons two-parter The Hungry Earth/Cold Blood.  The first appearance of the Silurians was in the 3rd Doctor story Doctor Who and the Silurians.  They later returned (well an aquatic version of them) in The Sea Devils, also the 3rd Doctor, and then again (both versions) in Warriors of the Deep, a 5th Doctor story.  In each of these stories, the Silurians aren't truly evil, but trying to reclaim what was originally theirs.  The Doctor, unsuccessfully, tries to reach a mediation between the humans who roam the earth now and the Silurians who used to.  Sadly, in those episodes, as in this one, the humans prove unable to reach a compromise with those they view different from themselves, refusing to see the similarities and turning potential allies into enemies.  That point is brought home even more potently this week, as the enemies they make are quite literally themselves.

Until Next Time, the series continues to impress!  See you after the next episode!
Posted by Josh Man at 9:07 PM

Email ThisBlogThis!Share to TwitterShare to FacebookShare to Pinterest
Labels: Doctor Who, first thoughts, The Rebel Flesh