All year long I have been upset at the lack of good films this year.

My joke for much of the year was that the year in movies was so poor that Hot Tub Time Machine had a legitimate shot to make my Top Ten.  (Thankfully, it didn't turn out that poorly, although I did enjoy the movie, it shouldn't ever be in a year ending Top Ten.)

Last year, I did a Top Twenty (any of the films in it, incidentally, probably would have made the Top Ten this year) due to the fact that the Oscars had upped their nominations to ten.

I won't be doing a Top Twenty this year.

There also won't be any honorable mentions. 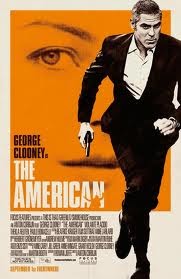 George Clooney is fantastic in this slower paced action/thriller that is far more character driven then the typical spy/assassin film.  It is beautifully shot and keeps your attention despite the slower pace.  Thanks to the interesting story, the fantastic acting, and the beautiful cinematography, this is one of the better films of the genre in quite some time.  It reminded me of another movie to make one of my Top Tens, The Constant Gardner. 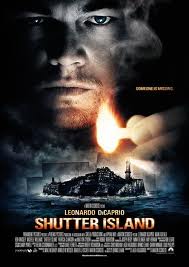 Leonardo DiCaprio has become one of our generations most fantastic actors, due in large part to his relationship with one of the greatest directors of all time, Martin Scorsese.  In any other filmmaker's hands, this might have been a convoluted mess, but Scorsese makes it a masterpiece.  Twists and turns that are completely character and story driven rather than just for the sake of twists and turns makes this a film that stays with you long after it is over. 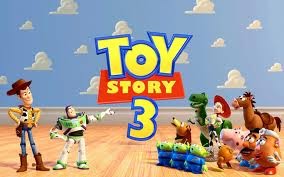 Each successive Toy Story film has been better than the ones that came before, and this is no exception.  Chronicling the painful yet inevitable end of the toy and kid relationship, while keeping the door open for future instalments, Toy Story 3, like the two films that preceded it, mixes laughter, tears, joy, sadness, and excitement in equal parts.  A beautiful and moving film, but what else can you expect from PIXAR? 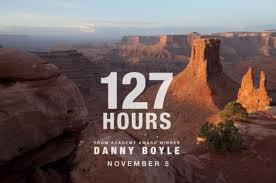 Driven largely by the unbelievable performance of the star (and this year's Oscar co-host) James Franco, 127 Hours manages to captivate despite the close quarters of most of the films setting and the fact that it focuses on only one character.  It is a harrowing experience and the film puts the viewer directly into that experience.  This is a powerful movie, and proof that James Franco is an undeniable talent. 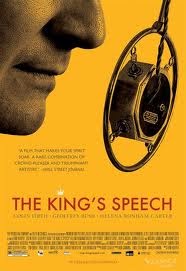 While the film is overly emotionally manipulative, and it often feels more like a stage play than a film in terms of camera movement, it is still a moving story and an overall good film.  Like 127 Hours, the film is definitely strengthen by the performances, and it will probably be rewarded by Oscars for Firth and Bonham Carter.

5. Exit Through the Gift Shop 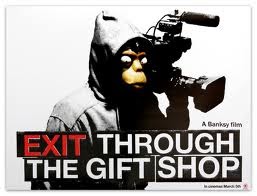 One of the most original films I have ever seen, and by far the best documentary this year, Exit Through the Gift Shop is a movie that defies explanation.  When you find someone else who has seen it, however, I guarantee that you will have tons of lively discussion about the film. 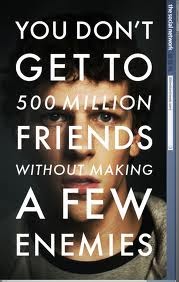 A movie that by all rights should have been terrible was handled by the exact right creative team.  Ultimately, this is a story of the times in which we live, and it is a story that desperately needed to be told.  I am glad that it was Aaron Sorkin and David Fincher who told it. 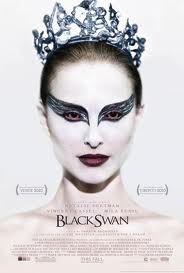 One of the most disturbing films of all time, definitely on a level with the very disturbing Requiem For a Dream (also directed by Aronofsky).  Natalie Portman is unbelievable, and Mila Kunis continues to surprise me and shed the image of Jackie from That 70's Show.  Almost a horror film at times, the movie manages to make you live with obsession and desire while also showing the dangers of wanting something too much.

Christopher Nolan continues to make unbelievable films.  While I'm not entirely sure that he is the right fit for producing and writing the new Superman film, I can't deny that his films are always fantastic.  Again, DiCaprio performs flawlessly as the troubled protagonist, and the rest of the cast is terrific as well.  The whole movie works on every level, as this is a movie that you have to watch more than once.

And the number one movie (and the "Should Win" for Best Picture from my Preview and Prediction Post) is... 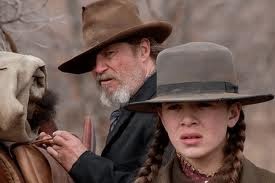 Rarely are remakes far and away better than the original, but rarely are remakes handled by Joel and Ethan Coen.  Jeff Bridges continues his unbelievable run, and Hailee Steinfeld steals every second of the film (making it quite a crime that she is nominated as a supporting actress instead of as a lead actress).  While I am not a huge Matt Damon fan, he is incredible in this movie.  I always used to say that Matt Damon was only good in The Talented Mr. Ripley, now I have to add True Grit to that list.  Roger Deakins does an amazing job as always, as he is, in my opinion, the best cinematographer working today.  The script is perfect, and the Coen brothers' direction is impeccable.  Not only is this the best film of the year, but it also is among the best films of the entirety of the last decade.  While 2010 was a down year, this film certainly keeps it from being a total disappointment.  I also might put this as the best Coen brothers' movie ever, and that is certainly saying something.

Until Next Time, I hope that you enjoy the Oscars on Sunday!
Posted by Josh Man at 1:47 PM