The Oldest Question in the Universe

My post on the Christmas Special of Doctor Who is still forth coming, but first, something else Doctor Who related that you might find interesting. 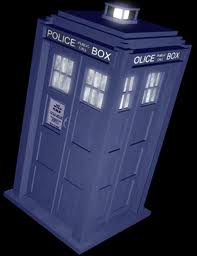 Today is my birthday.  Another person who has this birthday is the Madame de Pompadour.

She, in the real world was of course the famous mistress of the king of France in the eighteenth century, but more importantly, she is also the main character in the fantastic episode from Series Two, "The Girl in the Fireplace."

Since we share the same birthday, I commonly spend part of my birthday watching the episode.

This year, however, I noticed something new.

Steven Moffat wrote the episode and now is the head writer of Doctor Who.  We are all aware of how he introduced River Song in the last David Tennant season, a storyline which would play out over the next few Steven Moffat run seasons.

However, far more impressive is the fact that way back in Series 2, David Tennant's first season, Moffat set up the main storyline of Series 7!

SPOILERS IF YOU AREN'T CAUGHT UP

We learned at the end of Series 6 about the Oldest Question in the Universe, a question whose answer could end everything, a question that has been hidden in plain sight from the beginning.

The identity of the Doctor.

In "The Girl in the Fireplace," written by Moffat way back in Series 2, over five years ago, the Doctor and Madame de Pompadour speak.  The Doctor uses his limited telepathy skills to try and discover what the clockwork robots want with her.  However, while he is in her mind, she looks into his. 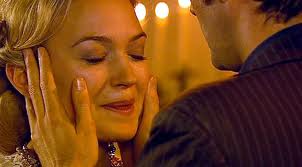 Wow.  Total set up for a story that wouldn't take place for six more years.

Until Next Time, I will spend the rest of my day enjoying my birthday, but soon I will return with my thoughts on this year's fantastic Christmas Special.
Posted by Josh Man at 2:09 PM

Email ThisBlogThis!Share to TwitterShare to FacebookShare to Pinterest
Labels: David Tennant, Doctor Who, Madame de Pompadour, Moffat, The Girl in the Fireplace