The Top Ten NuWho Episodes in Honor of the Tenth Aniversary 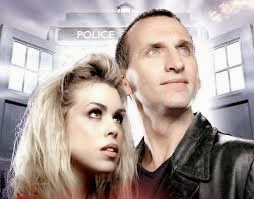 Ten years ago today, Doctor Who regenerated (see what I did there) onto our screens with Rose.  Since, four (five if you count the War Doctor) different actors have joined the eight that graced our screens previous to the reboot as one of the greatest characters of all time.

In honor of the 10 year anniversary, what are the 10 best stories since Doctor Who returned?

Everyone will have their own choices for this, of course, but here are mine!  Feel free to tell me where you agree and where you disagree in the comments! 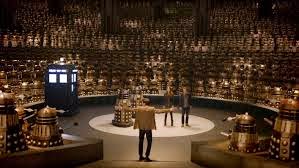 We knew this would be the last season for a pair of longstanding and awesome companions, Amy and Rory, and we knew that midway through the season we would get Jenna Coleman as new companion, Clara.  Therefore, it was quite a shock when Jenna Coleman showed up in this episode!  Not only that, but it was awesome to see Daleks from all eras of Doctor Who.  A great opening to a season that wasn't one of the strongest for the show (by the way, the two strongest seasons of NuWho in my opinion are series 8 and series 4). 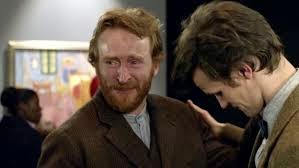 One of the most heart warming and wrenching episodes of all of Doctor Who.  The Doctor and Amy meet Vincent Van Gogh.  One of only three episodes on this list not written by Steven Moffat, this episode was written by Richard Curtis, the only episode of Doctor Who he has written.  He has written a ton of British comedic episodes, including many episodes of Blackadder, Mr. Bean, and The Vicar of Dibley.  He is also the screenwriter of some very well regarded films, including Love, Actually, Four Weddings and a Funeral, and War Horse.  His one foray into Doctor Who is as iconic as anything else that he has done. The second of the three episodes on this list not written by Steven Moffat, TURN LEFT was written by Russell T. Davies who we have to thank for the return of Doctor Who.  This is an episode that looks at the world that might have been had Donna not met the Doctor.  It also expertly sets up the end of the series and, sadly, the end of Donna's run as one of the best companions the Doctor has ever had. 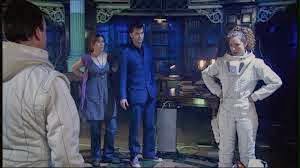 Steven Moffat has done a lot of great things for Doctor Who, but his greatest accomplishment might be introducing two of the greatest characters in the Doctor Who universe.  One of those he introduced in this creepy two part story in the middle of series 4, River Song.  While some people complain about the resolution to the mystery of River Song, there is no denying that the character and the mystery surrounding her captivated viewers.  It was fascinating to see a character from the Doctor's future, one who knew him intimately, but the Doctor, like those of us watching the episode, was meeting her for the first time. 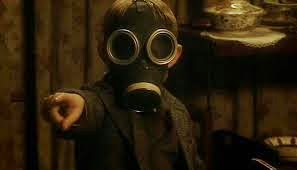 Unquestionably one of the scariest episodes in Doctor Who history (I would add a couple that are further along in this list as well as Midnight, which just missed the list to the scariest episodes in NuWho history), it also has one of the best conclusions of any storyline.  More importantly, however, is the fact that this story introduces the second of the characters I mentioned during the last story. 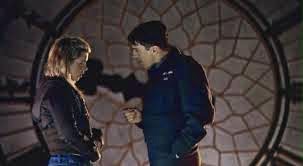 This is the story that introduces viewers to Captain Jack Harkness, who would go on to get his own fantastic spinoff, Torchwood.

Also, somehow, Captain Jack is currently in Starling City pretending to be called Malcolm Merlyn (See: Arrow).  That would explain the mystery of how he came back to life, at least.

An episode that beautifully captures the effect the Doctor can have on a person's entire life.  Coming in and out at various times throughout the entirety of the life of Madame du Pompadour (who in real life, share's my birthday, making this a yearly watch for me on my birthday), the Doctor has a profound influence on someone who herself had a profound influence on an entire country.  This is also a perfect episode to introduce someone to how great this show can be (although the one I usually use is still to come on this list). 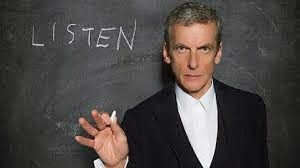 This is another of the scariest episodes in the show's history.  An outstanding look on the idea of fear itself, LISTEN also manages to tie in some to the overall mythology of the show itself and give viewers an inkling into why the Doctor has spent all that time traveling throughout time and space.  This was also the episode where I got super excited about Peter Capaldi's take on the titular Time Lord. 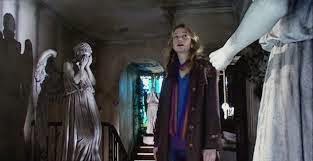 Besides being the first big role for Carey Mulligan who since starred as Daisy in the recent Great Gatsby remake, this is the episode of NuWho that I most often use to show new viewers how great this show can be.  The tensions of the Weeping Angels, one of the scariest monsters in the history of the show, the complexity of the plot, and the perfect explanation of the "timey-wimey" nature of the show of which this episode is just a part make this not only one of the best episodes/stories of NuWho, but one of the best in the entire 50 + year history of the show! 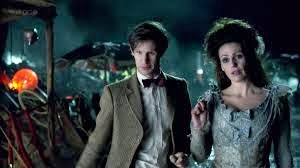 An episode that delved into the longest running companion of the entirety of the show, the TARDIS herself.  Sci-Fi genius Neil Gaiman (of American Gods, Neverwhere, Stardust, Coraline, Sandman, and much, much more fame) made this the first Doctor Who episode he had ever written, despite being a life long fan of the series.  Of course, there is some history of famous Sci-Fi writers working for the show (see Douglas Adams, he of The Hitchhikers Guide to the Galaxy fame).  Gaiman's episode brought back the TARDIS corridors to NuWho, which often made an appearance in Classic Who, and personified the TARDIS herself, leading to some great moments that fans didn't know they needed until they actually happened.

1.  THE DAY OF THE DOCTOR (50th Anniversary Special, Story 240, written by Steven Moffat) 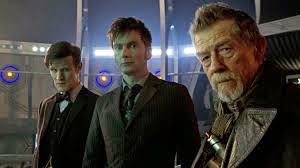 50 years to the day after the show first aired, this special premiered as the largest world-wide simulcast of all time to that point.  Getting back to the heart of who the Doctor really is, this special fixed one of my main problems with NuWho, had a ton of nice Easter Eggs for fans of pre-2005 Doctor Who, and showed exactly how great a meeting of David Tennant's 10th Doctor and Matt Smith's 11th Doctor would be (spoiler alert: exactly as awesome, perhaps even more awesome, as you imagined).  This might be my all-time favorite story in the totality of Doctor Who.  It doesn't hurt (no pun intended) to add such a great actor into the time between the Doctor Who TV Movie featuring the 8th Doctor and the resurgence of Doctor Who that occurred exactly ten years ago today.  Furthermore, this special tied the new series inextricably to the classic series, proving once and for all that the show, despite the hiatus, is still Doctor Who, just like it was on November 23, 1963, just like it was on March 26, 2005, and just like it is today!

Until Next Time, find the majority of these episodes and more on Netflix and celebrate the return to our televisions of Doctor Who with whatever your favorite episodes of the show might be!
Posted by Josh Man at 10:00 AM

Email ThisBlogThis!Share to TwitterShare to FacebookShare to Pinterest
Labels: Blink, Doctor Who, Listen, Silence in the Library, The Day of the Doctor, The Doctor's Wife, The Empty Child, The Girl in the Fireplace, Top Ten, Vincent and the Doctor