The one time of year I can be reasonably counted on to make some sort of post, it is Oscar Sunday!

The weather is miserable (I'm wearing my Game of Thrones shirt proudly proclaiming that Winter Is Coming as we are expecting some sleet and ice over night.  I am very aware that much of the country is very aware of winter as it has already announced its presence, no need for any further warnings), but the movies this year have been grand.  Without further ado, here is my Top Ten from the last year in preparation for those hoping to take home Oscar Gold tonight.

As always, we will be counting down: 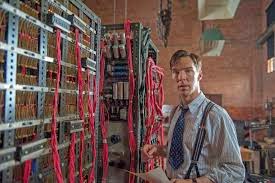 Lead by a masterful acting performance (although there were a couple even better ones as well), this is a heartbreaking story about a terrible injustice done to a man who deserved much better.  The worst part of course is that while Alan Turing was eventually pardoned after being convicted due to his homosexuality, over 40,000 other males were persecuted for the same crime and deserve the same recognition of the wrong done to them.

This film does a great job of telling the story of the code breaking that led to the Allies winning World War II as well as the early work on what would become computers by one of the most gifted minds of all time, alongside the backdrop of the horror of the disservice that the UK did to someone who should have been among their greatest heroes.

THE BOOK OF LIFE 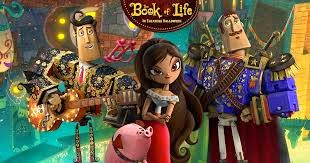 Guillermo del Toro is becoming a feature in my Top Tens, and although he only produced this film, his influence is clear.  This is a fantastic fable about love, family, and discovering who you are in relation to those who came before you.  I also love the message against violence as this film actively works against the myth of redemptive violence that so often persuades our culture, often especially in children's movies (although this is not the only one working against that, to some degree so did Big Hero 6 as well as my choice for Best Animated Feature still to come in this Top Ten).  It is a crime that this film didn't get recognition as a nominee for Best Animated Feature, but it places in my Top Ten.  Hopefully that serves as some consolation. 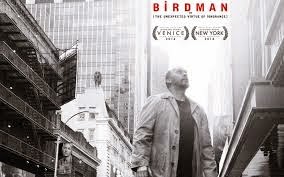 A weird, haunting, and yet beautiful treatise on artistry, especially amongst self doubt. Open to interpretation, the story is quite interesting, but the outstanding all percussion score, which is probably my second favorite score of the year (following only the also percussion heavy Whiplash), and the long takes, reminiscent of a few scenes in Scorsese's Goodfellas who unsurprisingly gets mentioned by name as well as in the cinematic homage, both successfully bring you fully into the film, forcing you to experience it and therefore deal with the film as it seeks answers to the situations it presents. 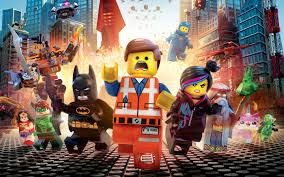 In what can quite easily be considered as the 2nd best Batman movie ever made, Christopher Miller and Phil Lord (who also brought us the Jump Street films as well as the first Cloudy With A Chance of Meatballs) continued their streak of taking films that shouldn't really be very good and turning them into something way better than you ever imagined that they could be.  Like Big Hero 6 (which will most likely win for Best Animated Feature) and Book of Life (which like this film are somehow mysteriously absent from the nominations), The Lego Movie doesn't ultimately view violence as the answer to the problem at hand.  In fact, The Lego Movie literally suggests that creativity, friendship, and seeing the best in others is the best way to deal with our problems.  The world might be a much better place if we took that lesson to heart.  Most importantly, this film gives us the ever important reminder that EVERYTHING IS AWESOME! 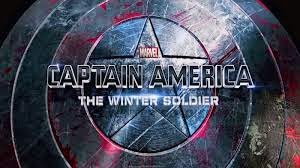 When this movie came out, it was immediately the best film Marvel had put out yet, and that was saying something.  It also catapulted itself into the conversation for the best Comic Book movie ever made.  It made me want a Black Widow solo movie more than anything.  But I loved it because it perfectly utilized Cap to both represent what this country should be and criticize what we too often are.  Sebastian Stan as the Winter Soldier and Anthony Mackie as Falcon also gave us two fantastic characters that could one day take up Cap's shield and continue to help lead the struggle to have the United States strive harder to become a true and shining example of freedom.

GUARDIANS OF THE GALAXY 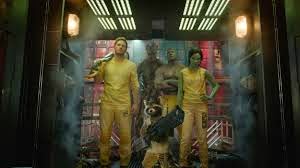 The Winter Soldier's reign as unquestionably the best Marvel movie of all time didn't last very long.  I have to admit, when I heard Marvel was making this movie, I was sure that the magic of the Marvel Cinematic Universe was about to be dead.  How could anyone make a movie with a talking racoon and a giant tree who can basically only say its own name (like a Pokemon) be any good?


I shouldn't have doubted.  From its opening scene, Guardians of the Galaxy reminded us how much fun comic books are, and how much fun comic book movies can and should be.  It also told an epic, fantastic story, and perfectly introduced the cosmic side to the comic universe that Marvel has been so ably building since Iron Man.  It also sported my third favorite soundtrack of the year in Awesome Mix Vol. 1.

There are a few filmmakers whose films I will always be interested in seeing.  Wes Anderson might top that list.  He has a distinctive visual style that aids immensely in the stories he has to tell, and he has done it again with Grand Budapest Hotel.  Filled with the offbeat characters that he is known for, the story manages to equally surprise and delight throughout the film.  And, as always with Anderson, it looks magnificent.  Like The Royal Tennenbaums, Grand Budapest Hotel hits perfectly on all the right notes throughout the film.  Moonrise Kingdom is still my favorite Anderson film, but this is certainly in the conversation for which of his movies is the next best. 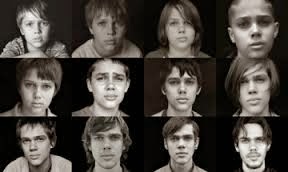 An amazing piece of film-making from Richard Linkletter (who also wrote and directed A Waking Life which is one of my all-time favorite films that also subverts the common way film-making is done), this film tells a story of 12 years and was filmed over that same amount of time, chronicling one young boy's life from when he was 6 until he is 18.  Attempting to discover who you are amidst the travails of childhood, this is a film with a universal story told in a unique way.  We might never get a film told in this way again due to the constraints and inherent dangers of taking over 12 years to make one movie, but if this is the only time something like this is accomplished or perhaps even attempted, at least it resulted in a fantastic film. 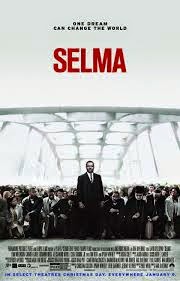 I honestly don't know how the hell this didn't garner Ava DuVernay a Best Director nomination as it was, in my opinion, the best directing job of the year.  And David Oyelowo became MLK Jr.  His performance was dead on.  The only performance that was even in the same league was Eddie Redmayne's as Stephen Hawking.  That's the only actor that has any claim at beating Oyelowo, but I think Oyelowo's performance is more impressive because of how omnipresent the real MLK is in our minds.  The fact that he isn't nominated for this performance is criminal.

When we look beyond the egregious snubs in nominations, we are left with an unbelievable film.  It is a movie that reminds us of a horrendous past not that far gone that unfortunately also reminds us of our present.  As this film aired in our theaters, the same scenes were playing out in some of our cities, and the same condemnations given in the film by the racist people in power towards the courageous acts of King and those beside him are the ones we hear today against those who stand up for black lives and demand some accountability from a system that inherently treats minorities in a disparaging manner.  It is a powerful film made perhaps more powerful because of the reminder that the past is not truly in the past just yet. 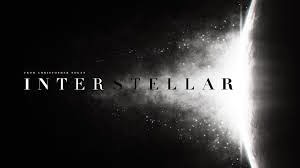 Not only was this my favorite film of the last year, it is one of my favorite films of all time.  It provokes excellent questions about destiny, freewill, and the purpose of humanity.  It looks amazing, contains outstanding acting (continuing the trend of Matthew McConaughey's transformation into an incredible actor), raises profound questions, and also thrills the audience with a tight, fantastic story.  Reminding me in many ways of another of my favorite films of all time, Contact, Interstellar was not only a fantastic film, but has also worked to further science, as the blackhole of the film has helped scientists to visualize blackholes in a new way and learn even more about them.  That's pretty impressive.


Until Next Time, In a year where half of the Oscar Best Picture nominees made my Top Ten (which is about the best we can hope for), the absence of Interstellar among those nominees is another glaring omission in a year full of them (joining the snubs against Selma, Lego Movie, and Book of Life).  But on the plus side, Neil Patrick Harris should be an epic host!  Follow along on Twitter for My Thoughts As I Had Them During The Oscars (#MTAIHTDTO) or tomorrow on Fat Train when I post the tweets in my 8th Annual My Thoughts As I Had Them During The Oscars Post.