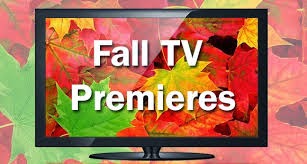 The Fall Pilot reviews continue.  So far we've already done Selfie, Red Band Society, and Madam Secretary.  Today we take a look at A to Z, Scorpion, and the first of four new Super Hero Shows this season, Gotham (and remember, the last two winners of Josh's Choice for Best New Show of the Season have been Super Hero Shows, Arrow and Agents of S.H.I.E.L.D., will there be a run?  We'll have to wait and see!) 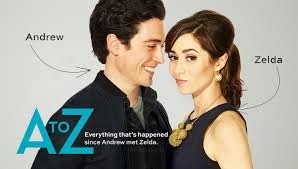 There is a large HIMYM sized hole in my heart.  This show might be able to start to fill it.  While nothing can fully succeed in making me forget what I believe is one of the greatest sitcoms of all time, this show is certainly in the mode of HIMYM and does something HIMYM did, but few other sitcoms do, it excels immediately.  The jokes are spot on, the characters are intriguing, and the concept is top-notch.

While HIMYM made us wonder who The Mother might be (and interestingly enough, The Mother from that show is the female lead in this one, and more time with Cristin Milioti is certainly welcome), this show makes us wonder what happens in 8 months, 3 weeks, 5 days, and 1 hour.  Will they break up, will they get engaged?  The show is unclear, but it looks like it will be a really fun time finding out.  I'm in.

Interesting Fact:  Rashida Jones (Karen from The Office and Anne from Parks and Rec) is a producer!  Here's hoping she makes a cameo at some point! 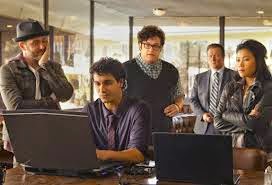 Imagine the group from Big Bang Theory solving crimes and having adventures.  Could be a slightly ridiculous premise, but with the right execution...  And Scorpion is definitely the right execution.  It immediately makes you care about the characters, and that's a majority of the battle.  These are characters that have trouble relating to the real world, and for some reason that makes them all the more relatable.  Like Madam Secretary Sunday night, this was a show that I did not expect to like, but absolutely loved.  Fantastic characters, an exciting plot, and an intriguing back story that will hopefully play out throughout the years.  I was tense, totally engaged, and found myself alternatively freaking out and laughing at the tension relieving moments.  Fantastically done.  CBS is on a roll.  My only question is how they keep the waitress involved in the story each week.  If they can pull that off believably, this show is a real winner.

Interesting Fact:  The real life Walter O'Brien on whom the show is based helped catch the Boston Bombers and serves as an executive producer for the show. 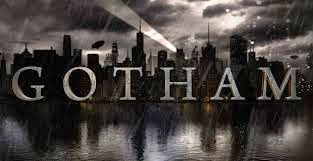 For me, part of the most intriguing thing about the DC characters is the idea that the rise of Superheroes is what brought about the rise of Supervillains.  This is often especially well examined in the work of Batman.  Batman became what he is in order to bring justice and yet sometimes, he wonders if he is bringing about more darkness simply because of how he goes about his pursuit of justice.  This show seems to be actively challenging that interpretation.  That's not necessarily a bad thing.  Although I suppose it could be taking a long view at that very idea.  Showing us these people and putting them on the brink of supervillain-hood without quite pushing them over, allowing the rise of Batman to be what actively turns them into the villains they become.  However, I really wonder how long it can sustain the premise without straying into ridiculousness.  Especially since they can't bring in Batman.  I was also a little annoyed at how many future Batman villains they felt they had to shove into the very first episode (we saw an easily recognizable Catwoman, Riddler, Penguin, and Poison Ivy in the first episode).  That felt a little gimmicky, which worries me about the future of the show, but otherwise the show absolutely worked.  But we aren't here to talk about the sustainability of this show, we're here to talk about the pilot.  And let me tell you, the pilot rocked.  Of course, working with the murder of Thomas and Martha Wayne leads to pretty easy storytelling, and it's possible that this story will continue throughout the run of the show.  Seeing how Gordon becomes the Commissioner and father to Batgirl we all know and love while working within such a corrupt and corrupting environment has promise and the pilot certainly made the most of that promise.  Again, however, I'm not sure that seeding all the Batman into the story without ever actually giving us Batman is the smartest move in the long term.  But in the short term, it made for a hell of an entertaining hour of television, and I'll certainly be in for more.

Interesting Fact:  Alfred Pennyworth is played by Sean Pertwee, whose father was none other than 3rd Doctor Jon Pertwee.  Now if only we could somehow get Alfred to say, "Reverse the polarity of the nutron flow, Master Bruce" my life might be complete.


Until Next Time, this is the 300th post of the blog!  Pretty exciting.  And there's more to come.  Forever is on the DVR and ready to be watched along with even more pilots to air in the next few days.  Come back for more reviews, and good luck finding the new shows you plan to stick with throughout the season while I search for what show will win the coveted 10th Annual Josh's Choice For Best New Show of the Season Award!
Posted by Josh Man at 12:48 AM